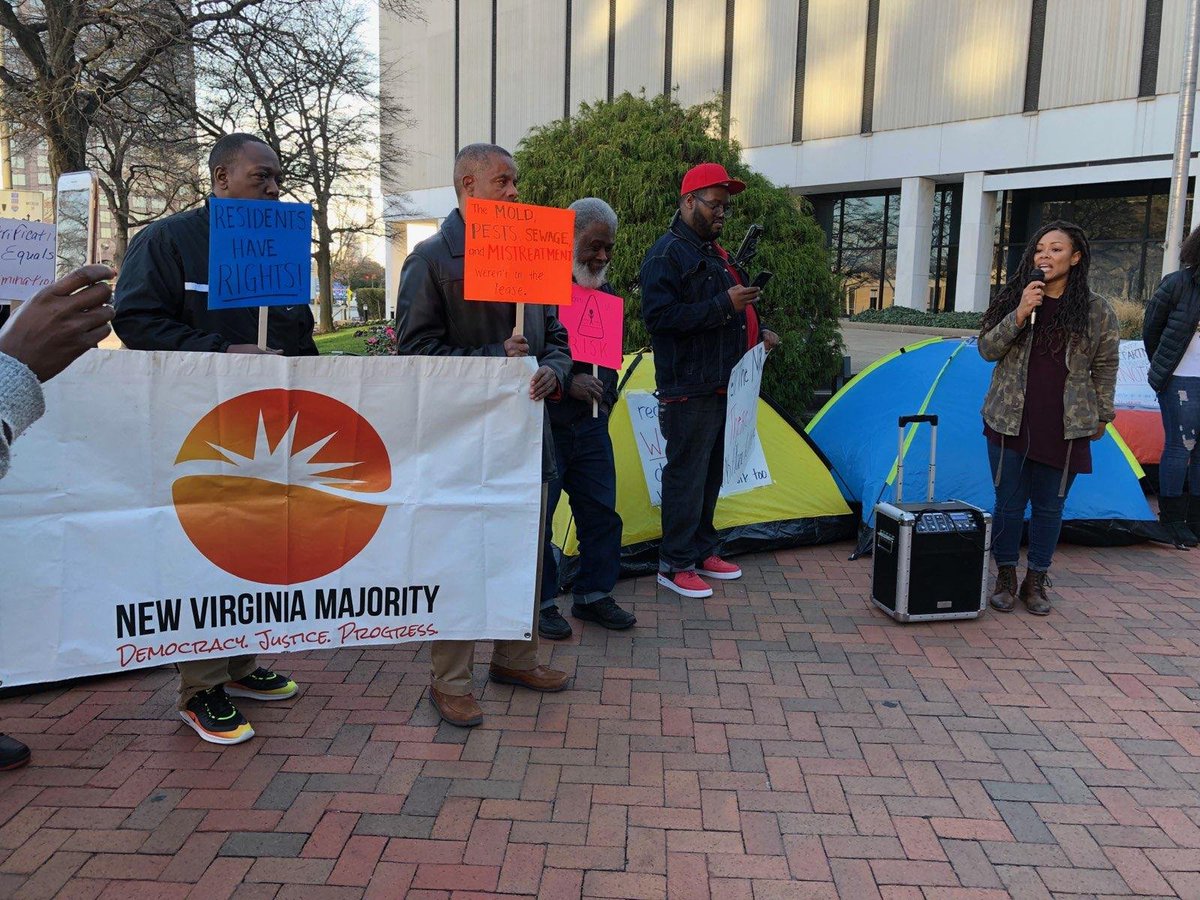 Our Norfolk chapter organizes for housing justice and environmental justice. Recently, we have fought the displacement of public housing residents at St.Paul’s and coal dust pollution from trains in Lambert’s Point.

In Norfolk we are organizing to prevent the mass displacement of thousands of Black residents in Norfolk. Which for public housing residents means not only the right to return, but one for one replacement housings, assuring that residents that do not wish to return end up in more favorable positions, a build first model, and maintenance of the already existing units.This is the largest part of an effort to hold the city and NRHA accountable for their decades of egregious behavior towards Black residents, residents of color, and low income residents.

In Lambert’s Point Norfolk we are working alongside residents to bring awareness to the fact that residents' opinions, property values, peace of mind, and HEALTH are not being valued as much as the financial gain from corporations. Part of this work includes etting the coal cars covered in an effort to protect residents of Lambert’s Point,a neighborhood that for most of Norfolk’s history has been inhabited by Black homeowners and their children.