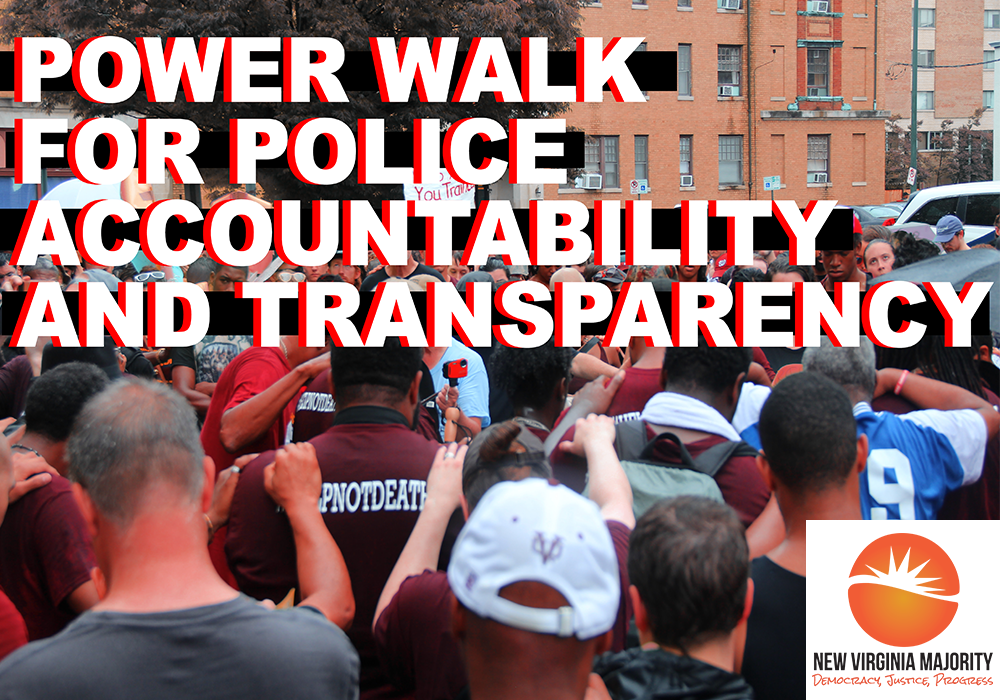 Come and march with us,

Together, we will embark on a short Power Walk as we demand accountability and transparency from the Richmond Police Department.

Working, poor, and minority communities, particularly African-American, are being unfairly targeted by police stops. This discrimination results in our communities being burdened by court costs and fines, losing time off work and, paying most of the unsecured bonds in the City to leech-like bail-bondsmen, all of which keeps us in poverty, negatively impacting the quality of our lives.

Additionally, our communities suffer the devastation, destruction and dehumanization of mass incarceration, arrest, brutality, and homicide at the hands of police, along with property and vehicle impoundment-and-forfeiture.

The walk will be on August 6th starting at 7:30PM. Please bring flashlights/candles. The route will be from the South end of Mayo Bridge at Great Basin Park to Lumpkin's jail and slave graveyard via Broad and 18th street. Here's a map: 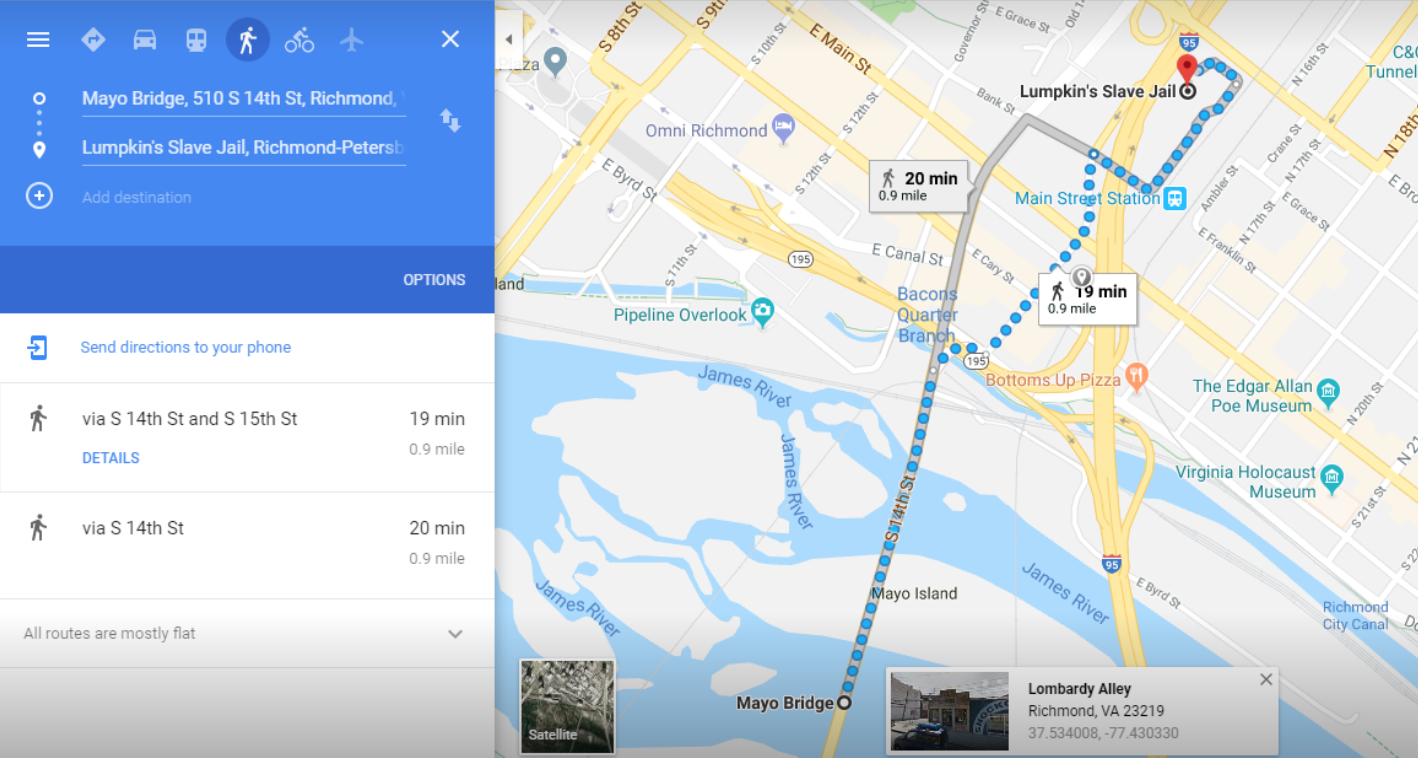 We want Mayor Levar Stoney to demand that the Richmond Police Department #ReleaseTheData on stop-and-frisk, terry stops, and traffic stops!