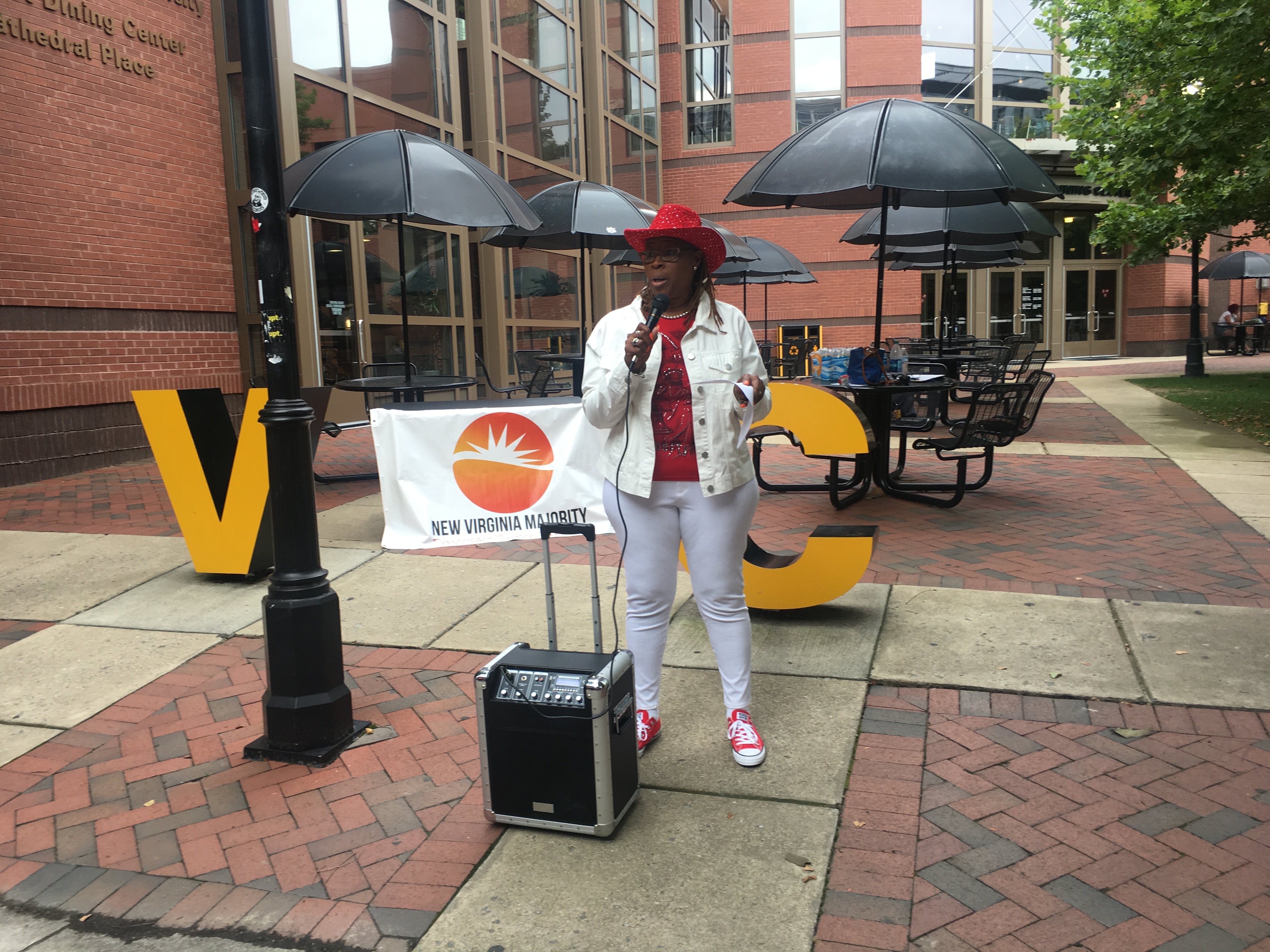 “I have been a certified nurse for over 20 years and I’m currently in school to further my education. I have a gift to care for people when they need it the most, yet, I’m currently working with no health insurance or benefits.” said Brianna Ross, returning citizen and resident of Richmond’s East End. “There is a shortage of registered nurses in Virginia and I can’t get hired. I have put in numerous applications for jobs that I’m more than qualified for, but I’m always turned down because of prior convictions from many years ago. I value myself, my community, and hard work. I’m not asking for a handout-- I’m asking for an equal opportunity to a quality job.” 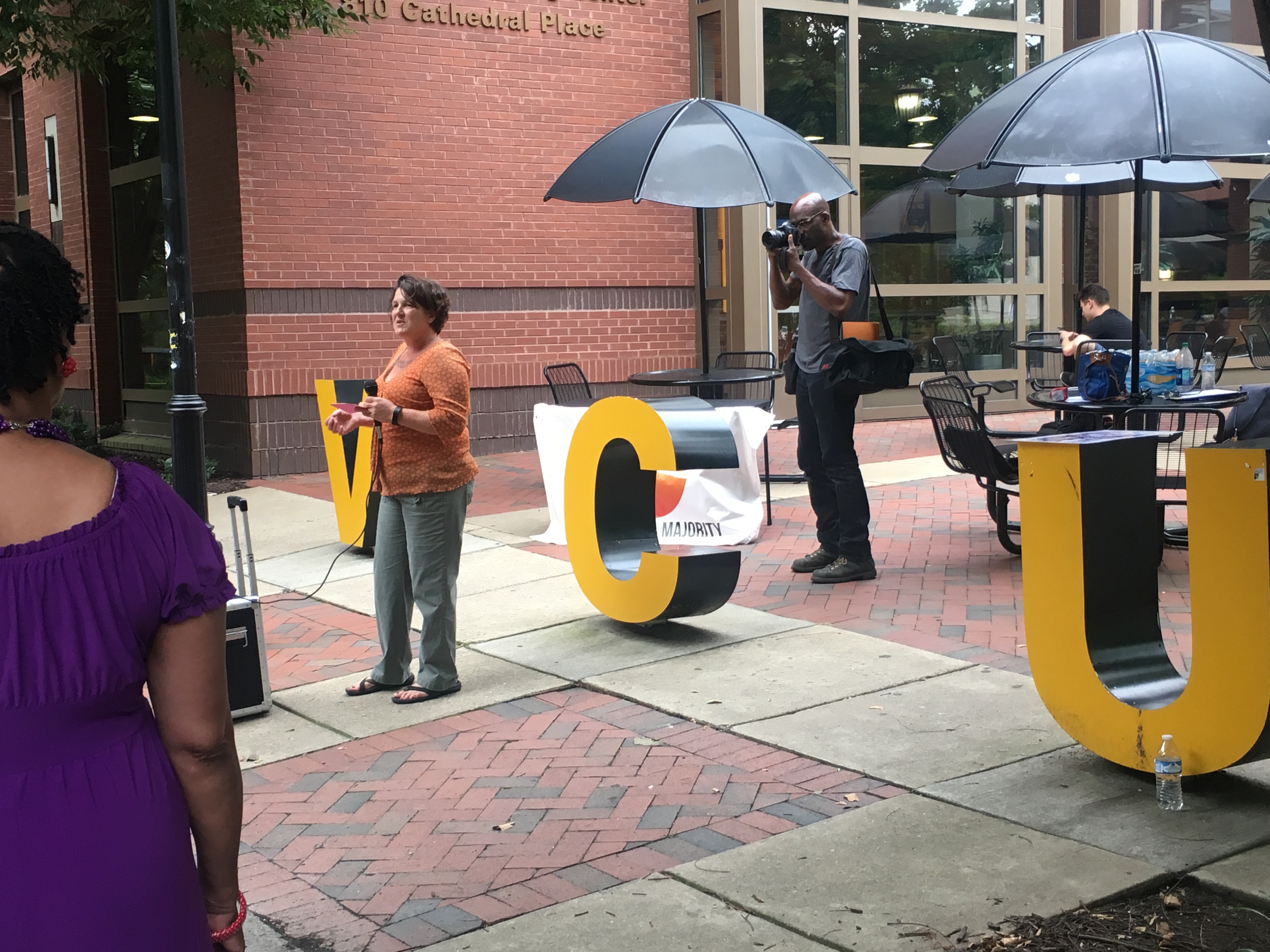 “A record of incarceration overwhelmingly serves as disqualification for meaningful employment.” said Laura Sinclair, an employment specialist for a local non-profit. “The Center for Economic and Policy Research released a study showing that in 2008, there were an estimated 12 to 14 million returning citizens couldn’t secure employment and lowered the national male unemployment rate by about 1.7%, creating a loss of output around $57- $65 billion dollars. When we fail to employ returning citizens we weaken our community and we hurt our economy.” 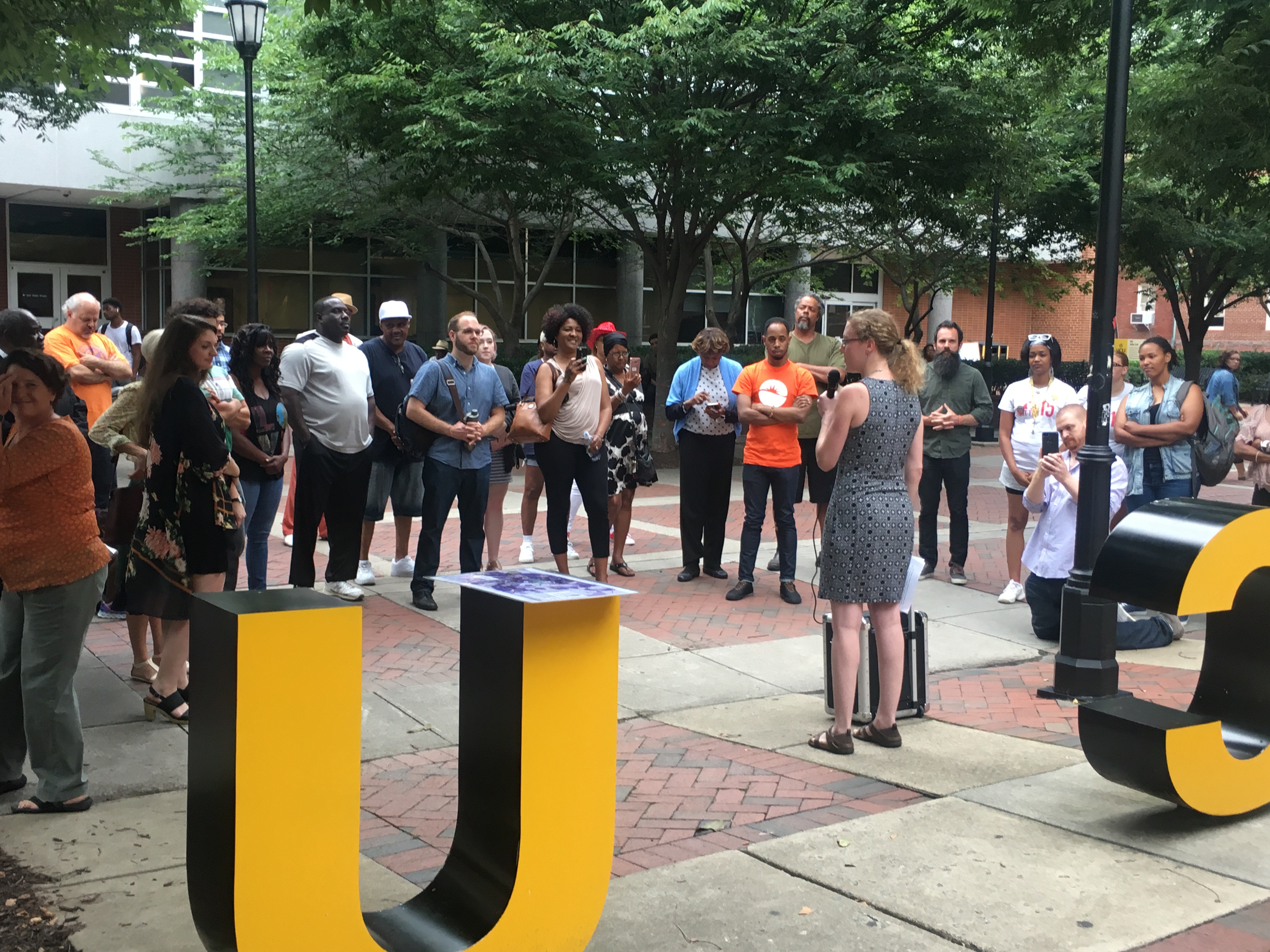 "We want to be a city in which people are able to secure quality jobs that provide a living wage with benefits-- not blocked by discrimination. I am a returning citizen and I know the struggles after incarceration.” said Tammie Hagen, community organizer with New Virginia Majority. "Locally we have some of the highest unemployment and underemployment rates in the state. VCU has the power to address the growing jobs crisis we are seeing in many communities in Richmond by taking action and hiring our returning citizens.”

New Virginia Majority sent a request to meet with VCU president Michael Rao earlier this month. We received a formal response, however, it did not address our eager request to meet and discuss solutions to the growing jobs crisis we are seeing in many communities in Richmond.

New Virginia Majority builds power in working-class communities of color across the Commonwealth. We organize for racial and economic justice through large-scale political education, mobilization and advocacy