WERE STILL FIGHTING FOR THE RIGHT TO VOTE! 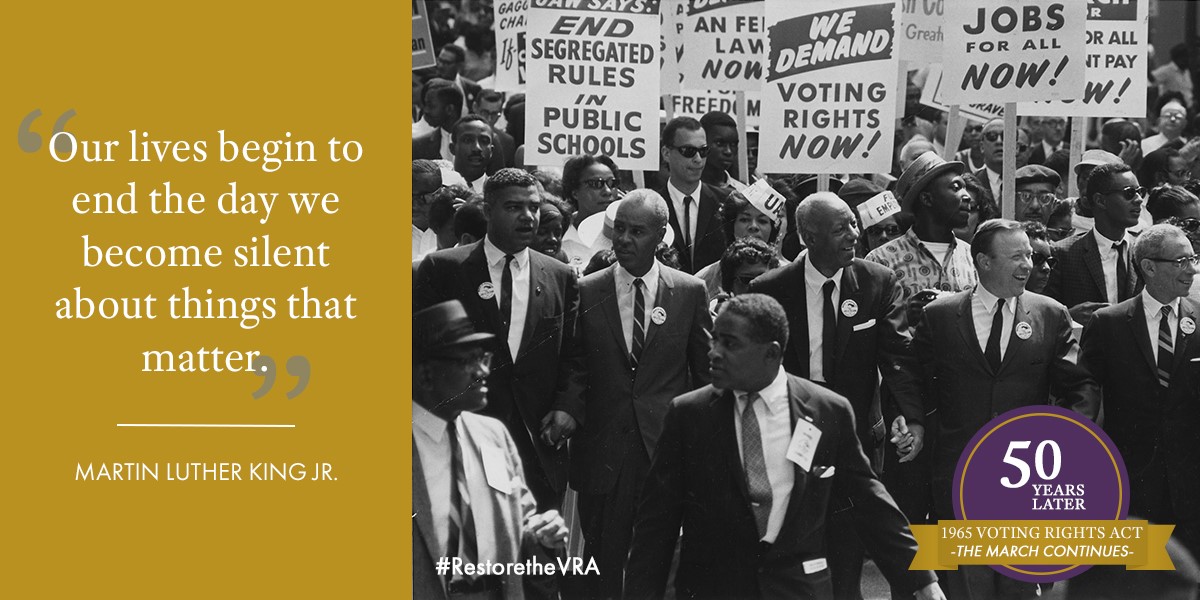 Its Protections Include Coverage Of All Southern States With Ongoing Discrimination: The covered states would be the places where discrimination in voting is most prevalent today.  These are: Alabama, Arkansas, Arizona, California, Florida, Georgia, Louisiana, Mississippi, New York, North Carolina, South Carolina, Texas, and Virginia.

STOP THE WAR ON VOTING!

[1] The “preclearance” formula would cover states and their counties, cities and towns, in which there have been more than 20 voting rights violations in the last 25 years, on a rolling basis.  States fall out of federal coverage only if they don’t have any violations for at least 10 years.  Voting rights violations that count would include settlements, and various types of violations.